I am often working with parents who are struggling with their toddler’s behavior in public, with the worst scenarios being an all out toddler temper tantrum. Whether it is an evening at the local restaurant, a shopping trip to the grocery store, or a trip to Disney World, many parents find it a challenge to deal with their toddler tantrums. Even the warm up to the tantrum, such as your toddler whining endlessly while waiting in checkout can be both embarrassing and frustrating. Many of these warm-up moments of whining and negativity are signs of the ongoing tantrums. Not always…and not with every toddler. But often!

When the full toddler meltdown happens, for many of you…you get the whole arsenal of tantrum goodies. These meltdowns in public can include whining, crying, stomping feet, throwing whatever is handy, falling to the floor, screaming…all leading to full-throttle, give it all you got… public temper tantrum.

Look: There is a secret to dealing with these public tantrums. I have outlined my fundamental strategy below. (Note: In my full Toddler Tantrum Fixer download package, I include a comprehensive game plan for handling public tantrums of any severity. You may want to check it out later) 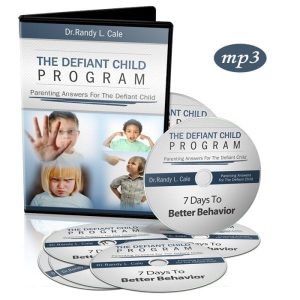 The Three Strike Rule was developed from the same principles in my Toddler Tantrum Fixer program, and gives you an amazing formula that honors your role as a parent, honors your child’s intuitive capacity to learn, and ultimately establish his healthily boundaries on behavior. No more temper tantrums, and no more worries about those meltdowns or tantrums!

Here’s how it works: First, you have a very brief chat, assuming your toddler is developmentally there….using and understanding basic vocabulary. Nothing complex…we keep it very simple.

You explain to your toddler, or even older children, that you have established a new public rule that you will call the “three strike rule.” You explain what specific behaviors you expect in public, and that these healthy, responsible and respectful actions will always mean that there will be no problems.

You also explain the types of behaviors that will get them in trouble. Temper tatrums, fighting between siblings, screaming or yelling, or incessant whining and complaining will all be considered “problem behaviors.” I would also include destroying any property, or disrespect to mom or dad or other adults.

Let them know that they will want to remember because these problem behaviors all fit into the new Three Strike Rule.
Now, if you have a very young toddler, and this seems too complex: don’t worry. Skip number one…and just follow the rest of this.
Quite honestly, it will work just as well. IT MIGHT take a few more experiences for them to ‘get it.’ But I promise…they will get it. Next…

Strike One: this is for the first time anyone steps over the line, and has a temper tantrum, a meltdown, an outburst, or any problem behavior. You simply let them know, “Strike One. We are going to take a break.”

Regardless of what you are doing or what you are engaged in, take your children by the hand and walk to a bench, or an area out of the way, where you can sit quietly. I like walking to the car, even if it is a ways because you can have more control over stimulation in the car. If there is an all out tantrum, simple physically remove them to the car, wait until no noise and then start the five minute timer. Let them know that once they are perfectly quiet, you’ll then take five minutes before anyone leaves or moves. If they want to talk, let them know the five minutes starts over again.

Once the five minutes is up, you can return to your shopping or your dinning experience. This simple action has a very powerful effect, because of the boredom factor.

KEY POINT: If you want this to work, you can not pretend that you can skip this when it’s inconvenient. You must do this…regardless. In other words, you must follow through with the steps…even when it is a HUGE hassle for you, eats up your time, and perhaps even causes you to miss an appointment. Follow-through is essential in the early stages…as this is the teaching phase.

If you do this now… you will never have to deal with such craziness for the next 15 years! Moving on….

Strike Two: This occurs if there is a second problematic behavior, such as a temper tantrum or meltdown. After you return to your shopping, dinning, or whatever recreation you are doing, you continue on as if nothing had happened. However, if the behavior is over the line that you have established, you now announce, “Strike Two. We are going to take another break.”

Again, drop what you are doing, and find a bench to sit on. If you have to go to the car you do so. If you are in a restaurant, ask the waiter to hold the food a few minutes while you go to the car, and let them know you will be back. Be patient in these early days of training!

Once again, you allow for whatever whining or complaining to occur. Only after there is quiet for five minutes do you return.

Strike Three: While it will be unusual for you to get to Strike Three, it sometimes happens. When you reach Strike Three, you let the children know that you are done. Wherever you are, or whatever you are doing, pack it up and you head home. As you get to the car, you make sure that you take another five minute time out before the car moves. This may take awhile, as you may be getting a lot of whining, complaining, or outbursts from the children. Just let them have these moments, and wait for the five minutes of silence.

You then return home. If you were at Disney World you go back to your room, if you were at a restaurant you take the food to go, or you could simply pay the bill and walk away and leave it on the table.
It is essential not to get too concerned about the drama that enfolds the first couple of times that you follow through with the Three Strike Rule. For many children, you are going to get some drama. For some, big drama!
Make sure you do not get sucked into the drama. Allow them to have the drama, and just stick to your guns on the consequences. Think of this “training” as a mini-boot camp. Once you get through a couple of weeks, and 4-6 learning sessions, you will have very, very few problems in public.

Over the years, I have worked with hundreds of family’s with similar situations. Over and over again, I find that parents rarely get to the point of having to execute Strike Three. If they do so, it has an impact which is significant, and they virtually never have to do it again.

The “magic” in this simple formula is in leading with your actions, and not your words. This is very similar to the philosophy in my Tantrum Fixer program. You do not have to remind the children every time of the Three Strike Rule. After you have explained it, and having experienced it a couple times, you’ll find that they explain it to all of their friends, rather than you having to explain it. They really get it.

If you follow that simple formula, you’ll see that your children will learn to respect the limits you set for them in public. I wish you only the best.